… And without wasting any more time, please let me introduce to you, a member of the McCormick LifeScience Consultants, LLC team, Roger E. Wells, DVM, MS, DACVP, Professor Emeritus, University of New Hampshire!

Roger is a toxicologic pathologist with board certification in veterinary anatomic pathology and more than 25 years of experience in biomedical product development. He is Professor Emeritus at the University of New Hampshire. During his tenure at UNH, Roger has taught courses in biology, pathology, histology, and toxicology as well as serving as principal investigator with industry-funded projects in pharmaceutical and medical device development. Roger’s consulting services have included histopathology and clinical pathology evaluations, safety and efficacy study design, monitoring, interpretation, and peer review.

Take it away Roger! 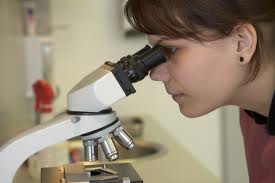 It is a tiresome joke that pathologists know everything and can do everything, but it’s always too late. Of course, the first part is very true, but in nonclinical safety studies it may not be too late if a review pathologist is given a shot at the results before the final report is submitted.

The Peer Review of the pathology portions of a GLP nonclinical safety assessment study does not come up often in conversation at cocktail parties. I wonder why? Aren’t pathologists such enlightened and exciting people while studying their little bits of dead tissue? Is it a boring topic or is it just another box to check off? Regulatory agencies are impressed with peer reviewed studies, but is this just another expense with an already very expensive study?

Many companies just do it as a routine in any study of two weeks or longer duration. In that case, the findings, correlations, biologic and toxicologic significance, conclusions, and ultimately, the final signed study report, have been thoroughly discussed (“massaged?”). Because there was another “set of eyes” on the histologic preparations and other portions of the study data, and another level of discussion has taken place, the final report and, thus, the study itself, can be more useful to the sponsor’s development program. Some may say belts with suspenders; but I say “no!”

In sharp contrast, some companies ask for a peer review only when there is a perceived or known serious problem, and there is a good chance of you-know-what hitting the fan! In that case, the results of a peer review may only serve as a means of salvage of the study or even the entire development program. Although, it may be considered self-serving, since Peer Review is one of my primary functions as a consulting toxicologic pathologist, I always make a strong case for the peer review of safety studies as an important part of the preclinical development of pharmaceuticals, biopharmaceuticals, and biologics.

First of all, to paraphrase Dr. Hugh Black from his paper in Toxicologic Pathology (Volume19,Number 3, 1991), a pathology peer review should not be confused with an audit of pathology-related findings since the confirmation of raw data is within the pur view of a quality assurance group. Nor should the peer review process be viewed as a means of evaluating the competence of a study pathologist. (Choose a good CRO in the first place.)

The ultimate goal of the process should be to assure the development of accurate pathology data, which clearly and cogently support the scientific conclusions of the study.

Most companies today will contract the performance of a GLP nonclinical study at one of the CRO’s. From development of the formal protocol and throughout the in-life phase of the study, the company (“sponsor”) should be involved and include routine and physical monitoring of the progress of each study by visits from sponsor monitors and QA units. The outcome of the studies is greatly enhanced by this kind of attention by the sponsor. The peer review pathologist may be designated during protocol development, and in my own experience, may be involved in protocol development and monitoring of study progress. 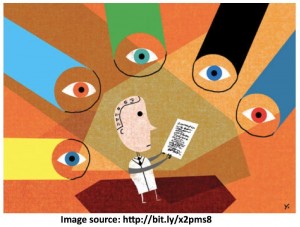 When the peer review pathologist arrives on-site at the CRO, he or she is not there just to re-evaluate a dazzling number of glass tissue slides under the microscope or to quibble over small differences in the parlance of the draft report. Rather, this should constitute a thorough review of all findings in order to seek out correlations of macroscopic and microscopic pathology findings with other observations or other collected data. Indeed, the peer review pathologist should be armed with the official protocol, protocol deviations and amendments, tabulations of all in-life and post-mortem observations and measurements, as wells as the microscopic findings, and the draft pathology report. After resolution of any significant disagreements or differences, the final report with its conclusions and no effect levels is generated with much more ease and satisfaction to both the CRO and the sponsor.

You may see the need for a pathology peer review to make you more comfortable with the GLP nonclinical safety study report; but the sooner you get this consulting review pathologist on board, the better for you and the program. In addition to getting another set of experienced eyes on the goals of the study early in the game, you will get input on drug or device tolerability and NOAELs and will be better prepared to set doses for the next longer duration studies or even how to approach with another candidate for the project.