I am pleased to introduce to you, one of our newest MLC, LLC team members, Claire Walsh, MS, RAC.  Claire holds a Bachelor in Biology and Master of Science in Health Product Regulation & Health Policy from Regis College.  She also maintains her Regulatory Affairs Certification (RAC).  Claire has 20 years industry experience.  She started her career in In Vitro Diagnostics at Bayer Diagnostics, and more recently comes to us from Braintree Laboratories, Inc., where she was the Director of Regulatory Affairs primarily supporting Non-Clinical, cGMP and Pharmacovigilance activities.  Claire also recently completed a Clinical Project Management certification program.

Take it away Claire! 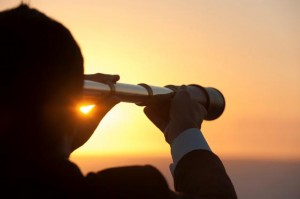 Over the past 5 years, four major statues have been signed into law: The Family Smoking Prevention and Tobacco Control Act of 2009, The Food Safety Modernization Act (FSMA) of 2011, The Food and Drug Administration Safety and Innovation Act of 2012 (FDASIA), and The Drug Quality Security Act of 2013.  The FSMA alone consists of seven proposed rules, which were expected to be implemented between 2011 and 2015.  All seven have been addressed.  However, all deliverables have yet to be completed according to “FDA five year strategic plan 2011-2015”. The 2015 “due dates” are fast approaching.

Therefore, we have seen a push in Q4 2014 of new Guidance Documents.  These Guidance Documents (26) range from draft to final status and cover topics from ANDAs to electronic submissions.  Several long anticipated guidance documents have been issued including Pregnancy and Lactation label changes and two recent December 17, 2014 Guidances for Electronic Submissions.  This pace is expected to be maintained in 2015. FDA areas of target in 2015 include pharmacy compounding, enhancements to food safety measures (prevention), global market supply chain, advancements in technology, and infrastructure with continued focus on inspections and enforcement.  Will you be ready?

The FY2015 budget may seem excessive with $20.6 million alone on rent for offices and laboratories.  However, every American pays only $8 annually for these services and protection.  The majority of funding is from Prescription Drug User Fee Act (PDUFA) fees.  FDA is proposing additional “fees” ranging from cosmetics user fees, food inspection and facility user fees, food import fees, and mammography user fees in order to offset the growing costs needed as business models transition to technology driven, global infrastructures.

We can expect to see a continued push for implementation under these acts in 2015.  There’s pressure on FDA to perform increases as we move toward the 2016 election year.  However, FDA appears to be on “TRACK” with the 2011 initiative of “Transparency, Results, Accountability, Credibility, and Knowledge (sharing)”.  The FDA’s new (2011) approach of prevention instead of reaction is in full swing.  Industry has already felt the strain from an inspection and enforcement perspective as FDA pushes the bar on science-based prevention and corrective action.  The impact of technology enhancement requirements including electronic submission compliance and actual costs to industry (Food and Drug) are yet to be determined.  Is it really $8 annually as the cost of food and medication continue to rise?  Ultimately, the PDUFA fees are a burden on the individual’s pocket.  However, one could argue that FDA initiatives to ensure the safety of human and veterinary drugs, devices, food, cosmetics, and products that emit radiation are priceless.

A few FDA-TRACK deliverables in FY2015: